Dandelion Pop-Up is a business venture born of altruism, conceived by an entrepreneur all too familiar with adversity. A former stockbroker with a passion for creating concepts, Nick Bartholomew’s knack for reimagining makes him uniquely skilled to pivot. Just months after a fire that left his new restaurant gutted, he passed by the little shack at the corner of 13th and Howard Streets. It was then an idea began to germinate: what if someone made possible opportunities for chefs to come out from behind the pass and interact with the people enjoying the food, to experiment with foods and flavors outside the boundaries of their restaurant’s brand?

This, too, was not without challenge. Not long into its tenure, the Greater Omaha Chamber of Commerce moved, and the life that had been breathed into the little corner stand was snuffed out. Bartholomew persevered, and in 2020 Dandelion Pop-Up was back in business with a nearly completed stellar schedule only to be then hit in early March with the Covid-19 shutdowns.

Omaha has a unique, thriving food scene with a big city feel and tight-knit community of varied cuisines, personalities, and circumstances. When the pandemic forced changes, some establishments pivoted to carry out, some closed entirely, and others collaborated to serve the community, starting with bags of supplies for their own staff members.

When Bartholomew started contacting chefs scheduled for the 2020 lineup, several expressed dismay, wondering what to do with unused product and cooks anxious to keep working. Glenn Wheeler, executive chef at Spencer’s for Steaks and Chops, opened his kitchens for the first week to serve 200 people.

It was soon clear the need was great, so each week a new social media post circulated. Through food, supply, monetary, and time donations, hundreds more were served. Menus included scratch pizza, smoked pork shops, meatloaf, and lasagna, all prepped by volunteers, organized by local chef Bryce Coulton, in either the kitchen at Spencer’s or down the street at 801 Chophouse.

“This works because everyone collaborates and trusts each other,” said Coulton. “Questions get asked, answered, and we move forward with a common goal.” Menus were designed for efficient use of product, preparation with consideration for storage, and easy service on the part of the consumer. Several families included small children, as Bartholomew shared, “We save back the fun cereal for families with kids, hoping it will add a little joy to their days.”

Many volunteers from varying parts of the industry—executive chefs, private chefs, culinary students, and restaurant managers—returned each week. The common sentiment among them was how great it felt to be productive, feeding their own mental state while serving others. One young culinary student was particularly excited to work with Coulton, having met him on a high school trip sponsored by her culinary academy. This situation provided an excellent opportunity for her to both learn and give back to the local community.

Many community members and organizations benefitted from Dandelion Pop-Up, and dissemination of food adapted as the weeks progressed. Initially volunteers handed out bags and boxes on the corner of 13th and Howard, but later additional locations were added, and online request forms made it easy for recipients to request and pick up privately.

As Dandelion pauses for its next chapter, Kitchen Table has graciously offered to carry on with providing meals to those in need. Donations can be directed towards its community effort. 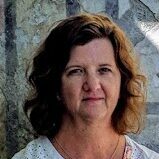