Pivoting in a Pandemic

The current iteration of WD Cravings is not what owners Wendy Delgado and Piero Cotrina had in mind when they first opened the doors on March 8.

On that day, with a full dining room and a line spilling out the door, the couple’s vision for their patisserie was in full focus: a casual hangout with coffee, flaky pastries, and desserts, reminiscent of the bakeries in Italy and France. This was what Delgado dreamed of as she sold out of her desserts nearly every Sunday for two years at the Baxter Arena Omaha Farmers Market.

With the pandemic came city-mandated restrictions on restaurants’ capacity and group gatherings — crippling factors that endangered even Omaha’s most established restaurants, much less one that had been open one week.

“How many times do you think of a pandemic?” Cotrina said. “You might think about an asteroid or animals escaping from the zoo before you would ever think about a pandemic making you close your dining room, especially when you spend 10-15 years in the kitchen and you’re always used to seeing (diners). You’re like, ‘I’ve got this because I know this game. I’ve played this game.’

“But guess what? Now you have to play soccer and score without a ball.”

And yet, despite all the challenges and unforeseen hurdles, WD Cravings has made its mark as one of Omaha’s best new restaurants. Diners are drawn in by the creative breakfast sandwiches (which can include meatballs or short ribs), Instagram-worthy desserts, and a Chicken Parmigiana large enough to eclipse most patrons’ faces.

That success is largely due to Cotrina and Delgado’s humility. Breakfast burritos, pasta dishes, and chicken wings weren’t supposed to be on the menu next to Delgado’s desserts. But the pandemic has forced restaurants to adapt and cater to the diner, and few listened to the customer more than WD Cravings.

“You’re cooking for people,” Cotrina said. “When you have your idea for your own restaurant, you want to cook what you want, you know? There’s a time and a place for that, but I think it’s important for everybody to listen to the people that are actually eating.”

It all started with muffins, something Delgado had no intentions of baking originally. But after three customers requested muffins one day, they were on the menu the following morning. Same with donut holes, which Delgado crafts with a lighter, more airy zeppole recipe.

Then, the couple drove by McDonald’s on the way to the restaurant one morning and Cotrina was struck with the idea: why not serve breakfast sandwiches? But instead of using a biscuit, which flakes and crumbles, how about a hearty English muffin?

And with strips of fried chicken or unctuous short rib?

From there, WD’s menu continued to grow and evolve. Cotrina, who previously worked in renowned pasta restaurants like Au Courant, Avoli Osteria, and Via Farina, added handmade pasta dishes. Breakfast burritos hit the menu, and WD Cravings began serving meals out of its drive-thru window, something it originally only intended to do with coffee and desserts.

“I had to stop thinking about what they’re going to say or what your chefs are going to think about you serving burritos or chicken tenders,” Cotrina said. “I have nothing to prove. If I don’t make this restaurant come to life, I can’t prove to myself or my wife that I can support her.

“What weighs the most? Whoever listens to their heart is going to find the right answer. That might sound cheesy, but you have a lot in your head. We’ve worked with some great chefs. We wonder what they’re going to say if we put certain things on the menu. But at the same time, let’s make a greasy burrito, but the best greasy burrito. Let’s make a breakfast sandwich, but the best breakfast sandwich.”

While WD Cravings still features Delgado’s decadent desserts, including Tres Leches, Chocolate Envinado, and Tiramisu cakes, it’s not exactly what she intended. But any punches that fact dealt to her ego were softened by one memorable interaction.

A woman came through and purchased an order of donut holes, something Delgado never intended to offer pre-pandemic. The patron called back later and told Delgado that the pastries were for her daughter, who’d had a rough week and was feeling very down. But as soon as she tasted the donut holes, her face erupted into a smile.

For Delgado, whose career was forged working in the lower levels of New York restaurants as a pastry chef, that validation was perspective-altering.

“Your human side is like, ‘No, I don’t want to do that,’” Delgado said of making donut holes. “But that day broke my ego. That feeling is like, ‘I’m going to do this because you’re going to love it.’ I feel grateful because that was the thing I didn’t get to see in New York. I was in the basement all day. I didn’t see the people’s reaction. Now I have people come over and say, ‘This is so fantastic!’ That peels back your ego.”

The same goes for the Chicken Parmigiana, which has quickly become WD Cravings’ most popular item. The first day it was offered, Cotrina told an employee he’d be surprised if they had 25 orders total.

At one point, there were 19 orders of Chicken Parmigiana fired at once. It’s been a best seller ever since.

WD Cravings is no longer by definition a patisserie. Rather, it’s evolved into a dessert shop/breakfast sandwich destination/pasta haven driven by a passionate couple willing to do anything to make it work, even amidst unforeseeable circumstances.

“It’s been a blessing because it uncovers the potential that you didn’t know you had,” Cotrina said. “The potential that was inside of an eggshell. The pandemic came and cracked that, but opened something else. You saw your true potential because you can’t roll and die. You have to do something. You just have to keep fighting. It’s made us aware of the potential we have as cooks and as human beings.” 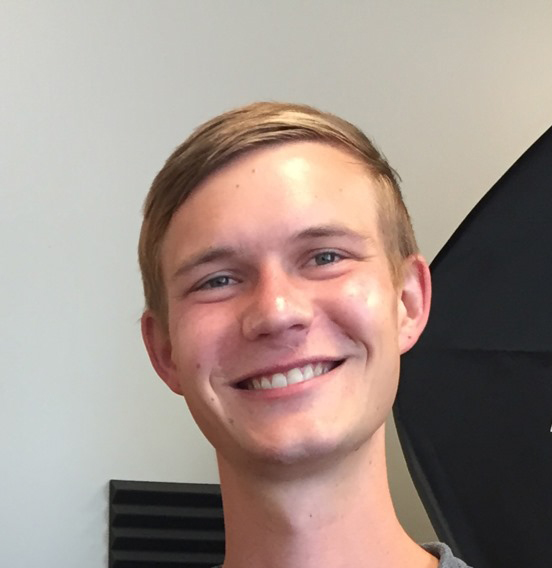